Life is a Bitch. If it Was a Slut it Would be Easy-Notes from the Camino 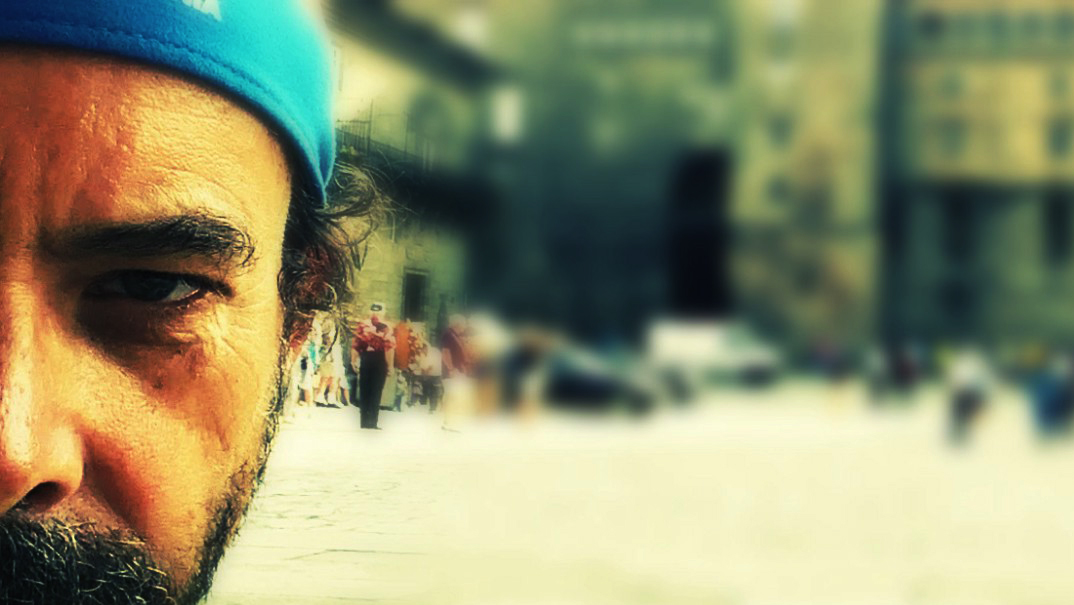 I never really thought about being unworthy until a few years ago. But then again, a few years ago is when my life became a shitbag of chaos which, in my case, forced me to look inside and deal with the things that were making me wake up to dreams of suicide.

Around that time I wrote a “poem” (I use the term loosely) that I realize now is about being unworthy (you can read it here). It took an emotional breakdown, a walk across Spain, and most importantly time, to begin to heal myself.

Epiphanies are for Sissies

I didn’t have any epiphanies in Spain, and in fact, I didn’t realize that everything I was looking for (that is, if I had even known what I was looking for) would begin to reveal itself after I returned. Because, well, that’s how life works. Epiphanies are too easy.

I wrote this in my journal:

The flight back to LA was uneventful. I wasn’t looking forward to meeting the old me- I knew he’d be standing there at the curb, ready to grab me and convince me of my folly, and that I should return to what I knew- the familiarity we all cling to, the walls we build to protect us from the threats that whisper to us like an old friend with ill intent. I hoped that I’d be able to walk right by the bastard and continue to heal the wounds, forgive the past, and learn to love again.

But when I got back home, I realized I wasn’t looking at those walls with the same jaundiced eye. I saw a few holes in them, which let the light in. It seemed that walking the Camino gave me the strength to begin looking at myself in a different way. It had planted the seed of worthiness.

The Beatles, Buddha, and The Cosmic Dance

I’ve since then discovered a few things that helped that seed to grow. Be forewarned though, like anything seeds need to be nurtured and cultivated. Trust me though, it’s worth it.

RECOGNIZE THE VOICE IN THE BACK OF YOUR HEAD: Listen and learn to discriminate between TVITBOYH and the real you- the one that’s a beautiful soul in this cosmic dance.

IDENTIFY THE BULLSHIT: You know…the crap The Voice In the Back of Your Head is trying to convince you of. Remember, these are things it learned long ago from cultural conditioning that at this point in your life are erroneous.

Stop TVITBOYH: Use an old cognitive behavioral therapy trick and wear one of those rubber bracelets you get at events. Snap it whenever you begin to start thinking negative thoughts about yourself.

GIVE UP: I finally reached a point (a very low point) where I threw my arms up in supplication to the universe. I let go. I guess I scared TVITBOMH. Maybe he thought I was going to choose to cease to exist. He told me I wasn’t so bad, and that I had (actually!) done a few good things in my life. According to him walking across Spain was something to be slightly admired.

GET BY WITH A LITTLE HELP FROM YOUR FRIENDS. The Buddhists are all about suffering, and one way to alleviate it is through Sangha, which can be practiced by realizing the loving relationships in your life either by meditating on the ones you love, or by making live contact. Hmm, is that love I hear rearing it’s head again? Sounds to me like the Buddhists would recommend having a drink with a friend.

CAN’T ARGUE WITH SCIENCE, which shows that the Reticular Activating System in our brain takes in words that get repeated over time and integrates them into our identity. Also, neuroplasticity has shown that neurons can be rewired, which can change the emotional reactions we have to stimuli in our world.

According to legend, the apostle Saint James the Great who brought Christianity to the Iberian Penisula is buried at the Cathedral of Santiago de Compostella. Many walk the Camino to pay homage and pray to St. James. Some say he answers prayers and makes dreams come true.

Sitting in front of the Cathedral of Santiago de Compostela at the end of my walk, it seemed like the last 31 days had been a dream. I wrote in my journal:

“For a few moments anyway, I had thrown out the vestiges of the past and done something that, I guess to some, is a little extraordinary. I never looked at it that way. When you see yourself as worthless, you figure anything you do is, well…not of any consequence, that anyone can do it.

Maybe the key is to recognize that when magic gets thrown your way, you need to grab it and accept it as though you deserve it, and let it show you it’s secrets. That’s the easy part.

The hard part is to recognize that all the pain, heartache, and suffering along the way is meant to teach you how to appreciate, accept, and in the end, love yourself, so that you can then show others the magician you’ve become by understanding that life is made up of extraordinary moments.

It’s your job to learn to recognize them as such”.