A Spiritual Journey of Dubious Merit 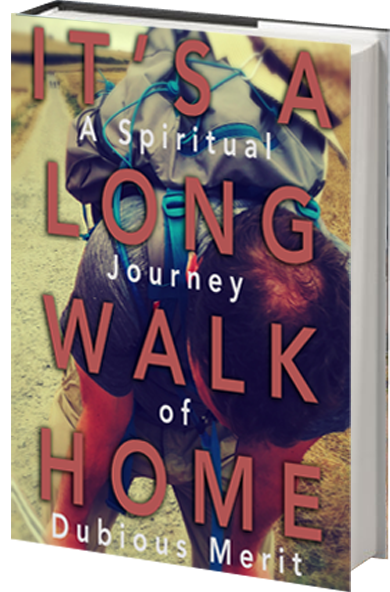 Does free will exist? How does one genuinely learn to forgive? Why did Lebron really move back to Cleveland?​ Mark West ponders these questions and others while walking 500 miles across Spain on an old pilgrimage route called the Camino de Santiago, looking for some sort of redemption and a cheap bottle of Rioja after separating from his emotionally abusive wife.

What transpires is not only a physical journey but an emotional and spiritual one as well. Along with the characters he meets (Kento the Chain Smoking Beer Guzzling Zen Patron Saint of the Camino), and the places he sees (Spain reminded me of California, except for the lack of superficial people, vegans, surfers, show biz wannabes, traffic, smog, shitty rapid transit, women in yoga pants, and the high price of vehicle registration) Mark grapples with the shitbag of emotions that sent him there.

Stumbling down the Camino helps him come to terms with his seperation, the death of his girlfriend, and estrangement from his daughter. He describes these things and his resultant healing and forgiveness with humor, candor, and heart-wrenching poignancy. In the end, “It’s A Long Walk Home…” is a book about hope. And bocadillos. But as Mark always says- “What the fuck do I know?”   ​