Of Grace and Blisters- Notes from the Camino de Santiago 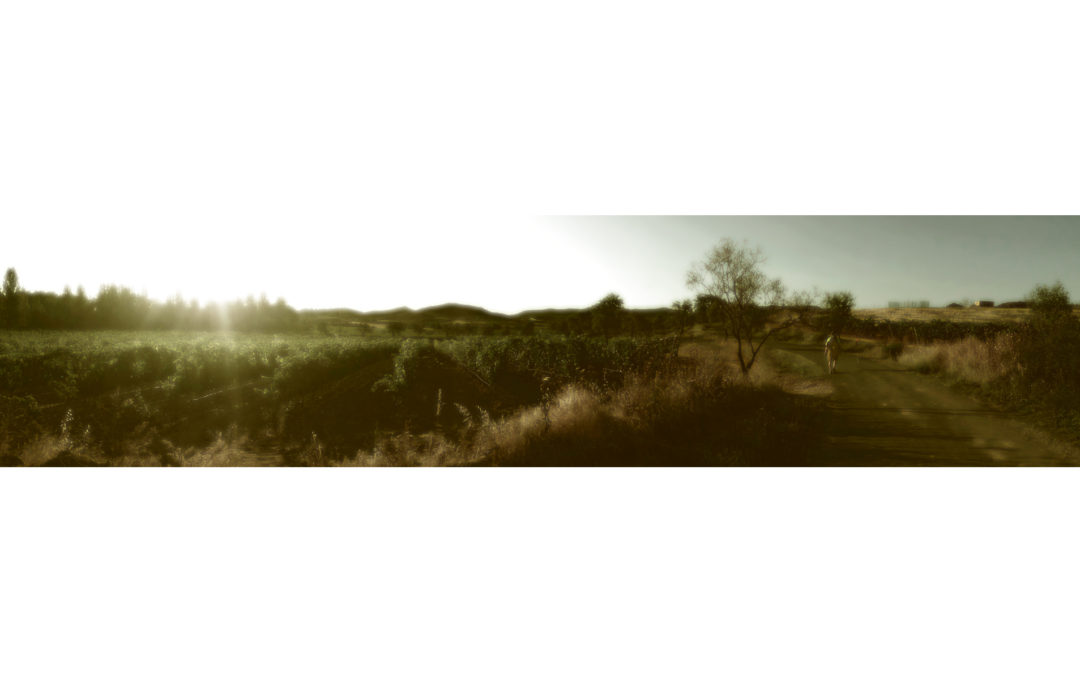 What is grace and what the hell does it have to do with anything? Grace is one thing I learned about on the Camino. Webster’s says it’s: “Unmerited divine assistance given to humans for their regeneration or sanctification. A virtue coming from God. A state of sanctification enjoyed through divine assistance. Ease and suppleness. The quality or state of being considerate or thoughtful”.

I think I stumbled upon grace, or at least recognized it as such, when I took out my iPod. As usual, the headphones looked like Bob Marley’s hair after getting caught in a hurricane.

But for some reason, instead of pulling and yanking at the chords thinking they would magically untangle, I took a breath, closed my eyes, and let my fingers figure it out. And they did. I approached my “problem” with patience, thoughtful consideration, and dare I say grace, instead of my usual aggression and piss offedness.

So I put my earbuds on and proceeded to give thanks for the beautiful morning as “All Things Must Pass” (George Harrison) caressed my eardrums and a soft wind tickled my face.

The Camino meandered through a park and by the side of a reservoir. The sky was clear, and it was already warming up.

Cormac and I walked out of the park and onto the side of a paved road. After turning away from the highway, we soldiered on through some healthy vineyards, much more significant than before.

We were in the heart of Rioja, Spain’s most famous wine region. This didn’t appease my blisters-the ones on my left foot were making their presence known. In fact, they were screaming “WHAT THE HELL ARE YOU DOING WALKING 25 KILOMETERS A DAY WITH A 25 POUND PACK ON YOUR BACK!? I hobbled on…

I got a much-needed cafe con leche and a sort of breakfast sandwich, with a few fried eggs and ham on the local pan cateto (aka “country bumpkin bread,” apparently a delicacy you find among the sans-culottes, or in San Bernardino, CA). Cormac ordered a breakfast dish but they were out of potatoes, and he was a little bummed. Him being Irish, the irony wasn’t lost on me.

We left Navarette, walking along its cobble stoned streets and out onto the highway. I told Cormac to move ahead, wanting to appease my blisters, and spend a little time alone. He had told me that his girlfriend was to meet him in Burgos in a few days, and walk with him for a week.

I was happy for him and maybe a little jealous (I wished someone was coming to see me in Spain), but looking forward to meeting Sinead at the same time and maybe treating them to a nice dinner before parting ways. Besides, it would give me a chance to put myself out there and meet more pilgrims, and to be alone.

A few kilometers out of Navarette, we began a slow, constant climb. Now the vineyards were expansive, and I could see our destination in the distance.

Over lunch, Cormac and I commiserated, and both had decided on staying short (10 k) of Brierley’s (he’s written the definitive guide to the Camino which Cormac and I were both using as a general outline) recommendation due to the heat and my blisters.

My blisters were a constant reminder of how I barged onto the Camino with little forethought. Like many Americans would, I just bought a bunch of shit from Amazon, threw it in a backpack that I got that from REI and booked a flight to Spain, expecting to be handed a map and led to the Camino where there was sure to be a park ranger and a souvenir stand.

We are sort of a big, boisterous, impatient, loud, arrogant country. Maybe we have a right to be, who am I to say? But having only been around a few hundred years, we do tend to be a little unrefined. But these aspects of our character are also some of the things that help to make us great, awesome, wonderful. But they’re also some of the things that cause us to be somewhat devoid of grace.

It seems that the last elections in America evidenced a distinct absence of grace, both in the candidate we elected (who for better or worse is a representative of “us”) and the words and actions of those on both sides of the fence.

The elections didn’t show much “ease and suppleness” or “the quality or state of being considerate or thoughtful.” The whole unseemly circus was full of hatred, unkindness, and cruelty, which by the way are antonyms of the word grace.

The origins of grace are undoubtedly tied to God. Maybe grace is about trying to live a life that is sort of imbued by the hand of God (whatever god you choose). Not necessarily the god that’s been transmogrified into something we can’t understand or relate to.

That one’s pretty much dead anyway, even for those who profess to “believe” (look no further than the Catholic church). I guess I’m talking about the god that’s best represented by love. Jesus, Buddha, et al.

Grace seems to have more to do with love and joy and freedom and abundance than anything else. But as I’ve said before, what the fuck do I know?

Maybe grace is about learning to lean a little more towards the spiritual side of our nature, the light and airy side. Perhaps even trying to see things in a different light, maybe by trying to cultivate optimism, although pessimism is so much easier. It’s when we feel optimistic that we learn from mistakes rather than feel defeated by them. Read about how to become an optimist here.

‘There are only two ways to live your life. One is as though nothing is a miracle. The other is as though everything is.’” -Albert Einstein

Maybe striving to live gracefully causes us to look at ourselves and work on the things that are keeping us from truly living life, and what this blog is more or less about- overcoming the adverse emotional reactions we all have to things in life that continuously fuck us up and turn us into ignominious choadstools way too often.

Maybe, in the end, it’s about love being the driving force behind our lives, instead of the other things that always seem to distract us. In “The Grace in Living”, Kathleen Dowling Singh’s book has thoughtful reflections and exercises that can guide you through the process of recognizing the ever-presence of grace in your life.

You know some graceful people. They’re the ones who are positive, the ones who give and are thoughtful, those that always have something nice to say. The ones who seem to be a little magical.

We have to grow into grace. It’s kind of like wisdom.

Grace is, instead of hurrying down the Camino to get to some predestined place, accepting the fact that you’ll get to where you’re going eventually, even if it’s not to that place you had in mind, which by the way, leaves you more open to the things you may have missed along the way. Kind of like life.

And if you’re lucky, you meet someone who opens your eyes to grace. I’ve met a few of them, and I find myself gravitating towards them, wanting to be around them, to feel their graceful presence, to watch as they deftly perform their magic.

I’m hoping that every day I have left before I shuffle off this mortal coil I’ll learn to be a little more graceful. Unfortunately, sometimes grace isn’t easily found. But I’ll keep looking.