Love is in the Air. No wait, that’s barbecue- Notes from the Camino de Santiago 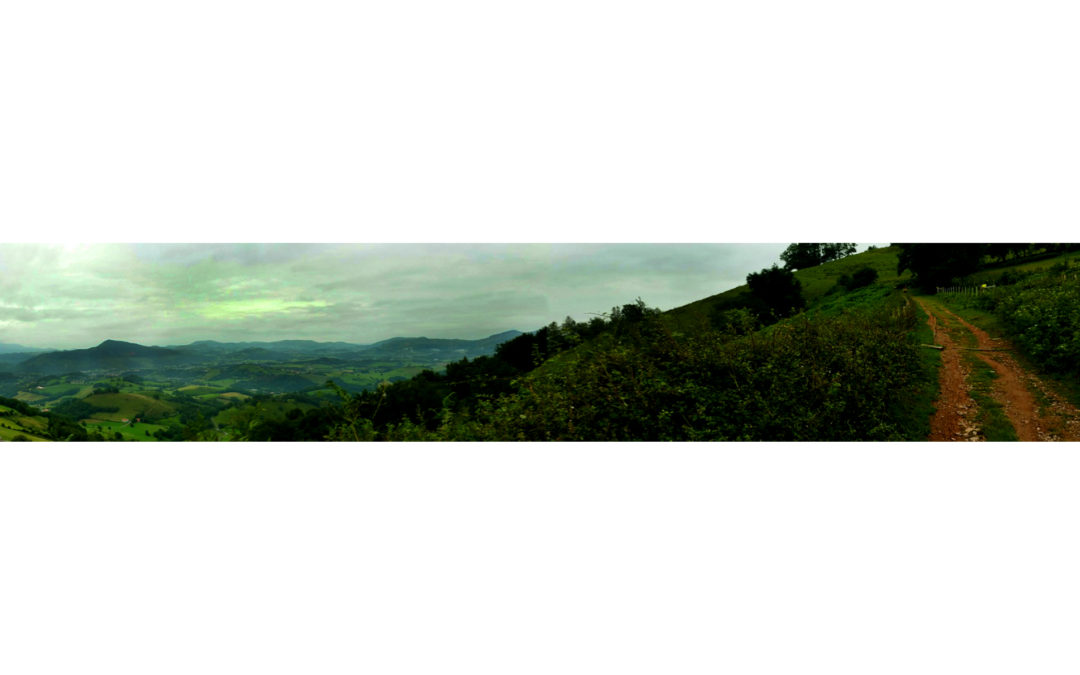 To this day I really can’t say exactly how I ended up stumbling across Spain on the Camino de Santiago. I guess in part it was due to a broken heart. I had been dumped by the woman I had fallen in love with after getting out of a 23 year marriage that in the end had become abusive.

Walk with me for a few minutes and find out what neuroscience can tell us about why getting dumped can turn you into a quivering mess of flesh and tears.

Back to how I came to find myself on the Camino de Santiago. Writing from my top bunk in a monastery in Roncesvalles that’s been housing pilgrims since the 11th century after my first day on the Camino, I wrote these words to the blog I posted while walking the Camino:

“What brought me here? I guess it’s the same things that brought me to my knees back home in Southern California: the dissolution of a 23-year marriage that taught me how to hate; the teetering of my first real relationship after being separated that had taught me how to love again, and a gnawing feeling that after more than half a century on this earth i was still lost…

…so when i hit rock bottom, walking the Camino barged into my psyche like a bull running through the streets of Pamplona looking to gore a drunken tourist. And it wouldn’t let go. I’d never even been to Europe, but with everything I had known and loved tumbling down around me, I didn’t have to think twice…

…Amanda is the reason, the truth, the final straw that pushed me out here. And I know that Amanda was brought into my life as an agent of change. And I go, spurred on by all that she is (beauty, intelligence, insight) knowing that I ‘ll have to face my demons, and probably lose her in the process. It all seems too perfect. Life doesn’t really work this way. Or does it?”

So maybe love was the main reason I was pushed to the Camino with little preparation and a backpack full of tears, fears, and not much else. Looking back it wasn’t only about my love for Amanda, but also about a need to learn to love myself, which would cause me to start loving life again, and in turn to love those who had been a part of that life.

I had chosen to ignore most of them, preferring to hide in the darkness, behind the walls I had built from my sadness.

But forget sadness. Love is a happy thing! Helen Fisher has been studying the brain in love. She’s been putting people who are in different phases of love (madly, happily, just dumped) into an MRI brain scanner and seeing what data gets spit out. Here’s some of what she’s found:

Those who have been kicked to the curb show activity in the same brain region that’s associated with intense romantic love, which means that, even after they’re gone, you love those that dumped you even more. It’s because the primal reward system the brain has evolved over millennia becomes more active when it can’t get what it wants.

The MRI’s also showed activity in a region associated with calculating gains and losses. So, when we’re dumped, during that mopey, sad period we’re estimating our losses, and figuring what went wrong.

This is also the same region that get’s fired up when you’re willing to take significant risks knowing that the result will be either a considerable gain or loss, which would explain John Cusack showing up with a boom box outside Ione Skye’s room in “Say Anything”.

Finally, people who have been dumped showed increased brain activity in the region associated with “deep attachment to another individual.” So take this and throw it in a bag with Ms. Fishers’ other findings, and you may be able to understand the fetid pile of emotional detritus we become after being handed our pink slip.

Interestingly, as a side note, a recent study shows that men may suffer more from breakups than women, a somewhat unexpected finding since they’re traditionally viewed as being more “emotional” than men (whatever that means). 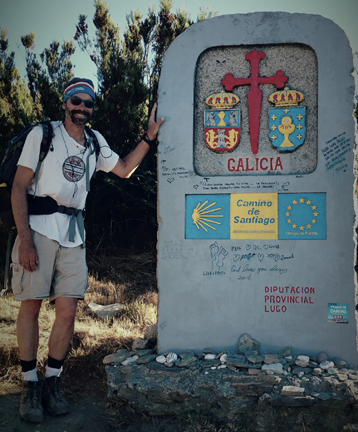 It kind of makes sense for several reasons- men are taught to keep their emotions to themselves, they tend not to share their feelings so never find closure, and they keep making the same mistakes over and over again since they never get an opportunity to learn from their experiences. This may also have something to do with men’s refusal to ask for directions.Towards the end of my walk, I had this to say about love:

“After climbing awhile, I came upon a significant signpost- the border of Castilla y Leon and Galicia. Galicia is the final region (sort of like a county) in the journey. Campostella (my final destination) lies within Galicia. I met Stephanie (from Cologne) at the way-marker, and we took pictures of each other and walked together for awhile, talking about our lives as we climbed out of the Valcarce valley amongst pines, oaks and chestnut trees.

Stephanie was the first person I had walked with and talked to this day, and it made me think about my journey and the solitary nature of it. Not that i haven’t been with others along the way, but you can only share so much with them. Sort of like life.

When you’re experiencing things with those you care about, those that you love, you reveal more, and you become more intimate. And those moments are the seeds that grow into friendship, and love. And in the end, how much more is there to life, really, than that?”