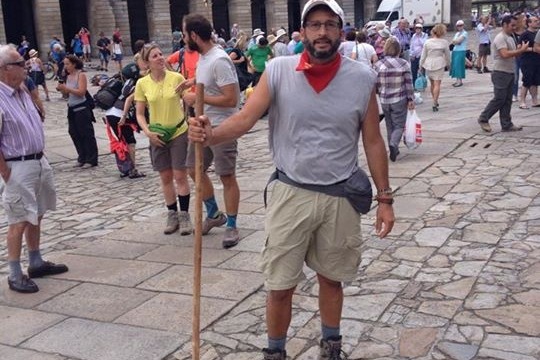 Mike de Ayala is an American who’s been living in Spain since 2010.  He went to Spain as an English teacher and opened up a language academy in Mallorca. Since then he discovered the Camino de Santiago and after walking five Camino’s he opened up an inn called La Rosa del Agua at El Acebo de San Miguel on the French Camino.

Spain was hit particularly hard by Covid-19 and traffic on the Camino has lessened dramatically and been devastating to Mike and his Inn. He’s started a modest gofundme campaign so he can continue on his mission of “pilgrims helping pilgrims” by serving them with his inn and restaurant. Click here to read more of his story, his noble mission, and to donate.